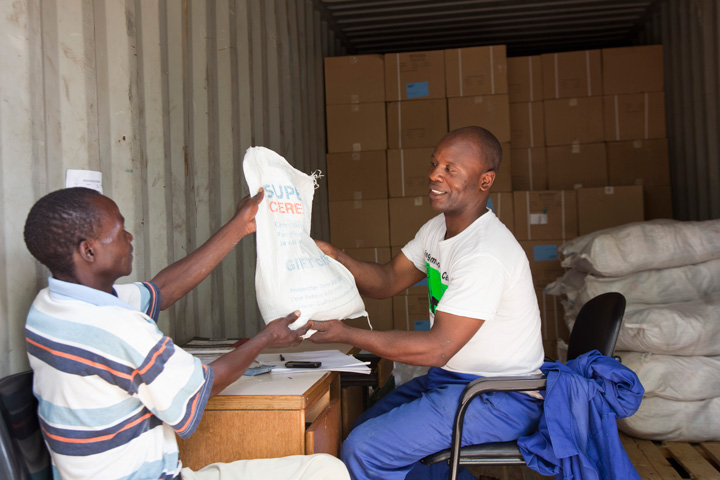 The extreme drought that has hit Zimbabwe and broad swathes of Southern Africa in recent months has had a devastating effect on this year's harvest, which will largely be wiped out owing to the lack of rain. As a result, an estimated three million people will face the threat of a food crisis in Zimbabwe in 2016. In light of this critical situation, the government has declared a state of emergency.

Owing to the grave situation, Swiss Aids Care International has as a matter of urgency launched an emergency relief programme to help Newlands Clinic's patients. 600 families – some 3,000 women, men and children – are in desperate need of food support. Given that Newlands Clinic often treats several members of the same family, this would cover around 15-20% of our patients. The programme, which is initially scheduled to run for one year, will provide 50kg of maize flour and 10kg of beans per family of five per month.

It is particularly important that our patients have sufficient food and as balanced a diet as possible since this supports the HIV therapy. Faced with hunger, many patients also stop taking their medication as it increases the appetite and is harder to take on an empty stomach. The viruses thus spread again as a result, with the corresponding danger of a renewed outbreak of the disease.

The extraordinary costs for this emergency relief programme will amount to CHF 310,000. To cover this, Swiss Aids Care International launched an urgent appeal at the end of March. A donation of CHF 100 will provide basic sustenance for one person for a whole year.