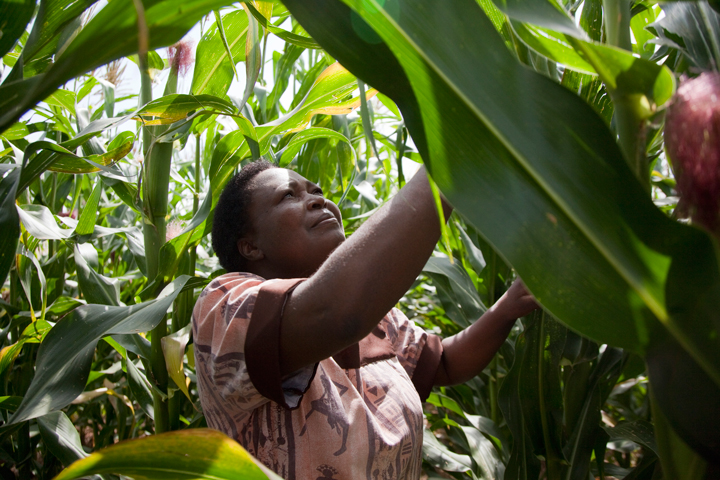 The families that have successfully participated in the project have been able to harvest an average of 300kg of maize – enough to feed a family of five for three to four months. Against the backdrop of the exceptional drought that has hit Zimbabwe, this is a comparatively good result, with the amount being around ten times higher than the national average. In optimal conditions, this efficient farming method would make it possible to harvest around 880kg, which would cover the annual needs of a family of five. This would require around 250m2 of land.

The aim is to enable families to feed themselves over the medium term thanks to the efficient farming of maize. “In this way we can reduce reliance on direct food aid, and give back some independence to our patients,” said Chief Executive Sabine Lüthy. “For the men in particular, it is very important that they can provide for their families.” A total of 270 families are to receive training. Financing will be covered by earmarked donations from Switzerland.

The project entered its second year on 24 August, with around 150 patients taking part, around half of them continuing from the first year. Following the difficult drought year, they are to be supported again to enable them to improve their yield. A local partner organisation will instruct the participants in effective and water-efficient techniques that they can then practice on a training field. The families will then be given seed packs and simple agricultural equipment, and will be supported step by step through the process of farming their own fields.

Needy patients who do not own enough land will continue to receive basic food such as beans, maize flour and oil. Children and patients recovering from illness will also receive a type of vitamin-rich porridge (e’Pap) as well as milk powder financed by the Swiss Agency for Development and Cooperation (SDC).